Culture Unstained is a research, engagement and campaigning organisation which aims to end fossil fuel sponsorship of culture. We are a not-for-profit workers’ co-operative founded in October 2016, a member of the Art Not Oil coalition and part of the international movement for #FossilFreeCulture.

Work we have led includes: 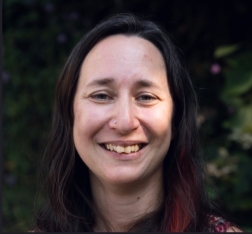 Jess is a writer, campaigner, editor and performer who has worked with a wide range of NGOs, independent media organisations and grassroots networks. In 2012 she co-founded BP or not BP? and in 2013 co-founded the Art Not Oil coalition. She has been actively involved in challenging oil sponsorship ever since, which has led to the founding of Culture Unstained. She is a regular guest writer and editor for the award-winning international magazine New Internationalist, having previously been a full-time co-editor for 5 years. She has edited special issues on ‘Ending the Oil Age’, the Canadian Tar Sands, the Arctic and the Paris climate talks – which she then covered on the ground for the magazine, reaching an audience of 12 million. In the past she has run campaigns with ActionAid and People & Planet, undertaken research, campaigns and media work for 350.org, Oxfam and SumOfUs, and was co-founder of the UK Tar Sands Network, which works in direct solidarity with Indigenous communities in Canada. She has a Masters in International Relations from Sussex, and has advised the government on sustainable development as a Commissioner on the now-defunct Sustainable Development Commission. Her voice appeared in Simon McBurney and Complicité’s award-winning production The Encounter. 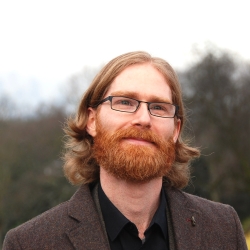 Chris is a composer, researcher and campaigner and holds a doctorate in Music from the University of Oxford, where he also co-directed the MASH Centre for Experimental Music and Performance. He has composed numerous pieces exploring environmental and political themes, such as his chamber opera, ‘The Handmaid’s Tale’, based on Margaret Atwood’s bestselling novel, and his music has been performed by ensembles such as Oxford Philomusica and London Chamber Orchestra. He has also presented research into music and its relationship to photography, the contemporary arts, glaciology and the environment. In 2012, he co-founded Shell Out Sounds, a vocal ensemble that successfully campaigned for the end of Shell’s sponsorship of the Shell Classic International concerts at London’s Southbank Centre and in 2015, was the Music Coordinator for Greenpeace UK’s ‘Requiem for Arctic Ice’, a project involving a month-long series of performances taking place outside Shell’s London HQ during the company’s attempts to drill in the Arctic.

We have an Advisory Group that includes:

María has worked in human rights and particularly around disappearances and enforced disappearances in Mexico and Argentina for over twelve years. She is an active member of H.I.J.O.S. Mexico and participated with London Mexico Solidarity (LMS) during her years in London.

H.I.J.O.S. is a collective formed by sons and daughters of disappeared, executed and exiled people and people who without a kin relationship have made this struggle their own. H.I.J.O.S. Mexico is part of an international network that works in Latin America and Europe for memory, truth and justice over the disappearances in Latin America, using different strategies and vindicating life and happiness as their only revenge. London Mexico Solidarity is a London-based Zapatista support collective working for human rights and justice in Mexico. With these collectives, María has organised talks, street events, demonstrations, film screenings, commemorations, art exhibitions and international encounters. María understands collective work as the path to a world where many works fit.

María holds a PhD in Political Sociology (UCL), an MA in Political Sociology (Instituto Mora, Mexico) and a BA in Psychology (UNAM, Mexico). In her research she has analysed the interrelations between violence, memory and justice, and particularly the actions of the relatives of the disappeared to bring back their loved ones. She has also worked in research projects on violence, migration, gender and human rights at El Colegio de Mexico and UNAM (Mexico). María has presented her work on disappearances in Mexico, Argentina, the US, the UK, Belgium and the Netherlands.

María works as the Right to Truth coordinator at ARTICLE 19, Mexico and Central America office, fighting for the right to truth on grave human rights violations for the victims and for society in general.

Gavin is a curator and lecturer in contemporary art and curating in the University of Essex’s School of Philosophy and Art History. He co-curated The Occupation Museum in Banksy’s Walled Off Hotel in Bethlehem, The Museum of Cruel Designs at Banksy’s Dismaland in Weston-Super-Mare, and Disobedient Objects at the Victoria and Albert Museum, London – the museum’s most visited exhibition since 1946.

His research focuses on political art and curating practices; the history of activist-art; and theories of political aesthetics. He has a related interest in the intellectual history of social movement ideas, especially theories of revolution-as-festival. He was previously visiting research fellow at the Victoria and Albert Museum, and has taught at Manchester, Birkbeck and Goldsmiths universities.

James is an artist, naturalist and activist, and co-author of The Next Gulf: London, Washington & the Oil Conflict in Nigeria and The Oil Road: Journeys from the Caspian Sea to the City of London. James is part of Platform, a London-based arts, human rights and environmental justice organisation that has pioneered diverse and far reaching responses to issues of international importance for 30 years. Based on core values of solidarity, creativity and democracy, Platform combines art, activism, education and research to achieve long-term systemic goals.

As part of Platform, James Marriott has co-created a wide range of initiatives from the Delta micro-hydro engineering project to the opera And While London Burns.

Bridget is based in London, UK, and has 27 years of experience in researching, evaluating and managing museums and arts programmes. Past roles include Education Officer for Tate and Head of Learning for the British Library. She founded Flow Associates in 2006, a consultancy which aims to help cultural organisations thrive, supporting them and their communities to learn, create, connect and flourish. Current projects include evaluating the impacts of the Happy Museum, of Invisible Dust and of Science Gallery London. She is a trustee for the ONCA Gallery in Brighton, and is a Julie’s Bicycle Creative Climate Leader. She has a BA Hons and an MA in History of Art, and two post-grad teaching qualifications. See aboutbridgetmckenzie.wordpress.com

Sebastian is Senior International Programmes Officer for Latin America at UK charity War on Want. In his role, he works closely with grassroots movements, workers’ collectives and indigenous and Afro-Latin-American communities to resist destructive and exploitative industries, challenge the unchecked power of corporations and denounce the governments that support them. He does this through promoting pathways to justice for those who’ve been affected and by putting forward grassroots alternatives to the dominant economic model, across networks of exchange, knowledge and practice. He has written for The Guardian, The Independent, Open Democracy and Red Pepper among others on issues of popular democracy, environmental justice and worker’s rights. He is co-founder of London-based diaspora collective, Movimiento Jaguar Despierto, connecting issues of migration, race, and social justice between communities in Latin America and diaspora communities the UK.

Clara is the President of the PCS Culture Group that represents 4,000 workers in museums & galleries across the country, including in cultural institutions like Tate, the British Museum, the British Library and the Southbank Centre. She has been the PCS union Branch Secretary in Liverpool Museums since 2008 and led on high-profile campaigns such as the anti-privatisation strikes at the National Gallery (2015-16) and the weekend pay campaign at National Museums of Wales (2016). She sat on the PCS union National Executive and the PCS Climate Change subcommittee for 4 years (2015-2018). She has taken part to numerous campaigns to organise precarious workers with PCS, Unite the Union and the Bakers’ Union (BFAWU) and worked with cultural unions in France, Italy and Greece.

Born in France, Clara moved to Liverpool in the UK in 2001. She coordinated the Liverpool Alternative Capital of Culture programme in 2008 and helped develop the One Million Climate Jobs campaign in the UK and abroad. She co-organised events at the COP21 in Paris, including the Naomi Klein/Jeremy Corbyn debate with Trade Unions for Energy Democracy and the Fossil Free Culture action at the Louvre. She co-curated the Arts4Rights guerilla exhibition with Disabled People Against Cuts at Tate Modern in 2016.

Clara has spoken at numerous events, conferences and workshops, written blogs and articles including in Red Pepper magazine, Arts Professional and the Museum Journal. She was a founder of the Show Culture Some Love campaign and the Red Green Labour network and is an antiracist, intersectional feminist, disability activist and LGBT ally, as well as a climate activist. She has been a member of the Labour Party since 2015 and is a supporter of Jeremy Corbyn.

Paula is a cultural politics scholar, artist, activist and educator. Her work is concerned with the relationship between aesthetics and politics, particularly in relation to contemporary cultural practice and to environmental and social justice movements. She holds a PhD in Social and Cultural Analysis (King’s College London), and is currently a Research Associate at CAMEo Research Institute for Cultural and Media Economies, University of Leicester.

Paula’s recent publications include the edited collection artWORK: Art, Labour and Activism, co-edited with Alberto Cossu and Jessica Holtaway (Rowman & Littlefield International, 2018) and the monograph Performance Action: The Politics of Art Activism (Routledge, 2018). Her current research project is an exploration of the relationship between culture and extractivism in Argentina, focusing on issues of narrative, power, and decoloniality. In addition to her research she has been part of several social and environmental campaigns and art-activist projects in the UK, has curated projects and exhibitions in London and Bath, and is involved in a number of art and editorial projects in London and Buenos Aires.

How we are funded

We are proud to have signed up to the Oil Sponsorship Free commitment never to take fossil fuel funding for our work. We are committed to being transparent about our sources of funding, which since we founded Culture Unstained, has come from a range of charitable trusts, foundations and progressive companies including: Joseph Rowntree Charitable Trust, KR Foundation, Minor Foundation, European Climate Foundation, Keep it in the Ground Foundation, Network for Social Change, Patagonia, Sunrise Project, Environmental Funders Network and Energy Transition Fund. Our Ethics Policy and due diligence process for the acceptance of funding can be found here.