Our most recent work includes:

Briefing on BP in Iraq

A creative performance by BP or not BP? challenging BP’s sponsorship of Iraqi objects in the British Museum. Photo: Diana More

From war to warming: the shameful story of BP in Iraq was released in response to BP’s sponsorship of the ‘I am Ashurbanipal’ exhibition at the British Museum, which features objects from what is now Iraq.

To see an online version, go to the Behind the Logos Iraq page.

mal complaint to the Science Museum

A group that includes leading scientists, representatives of impacted communities and young people lodged this formal complaint to the Science Museum in July 2018 over its relationships with three oil companies.

Behind the Logos: 9 reasons oil sponsors don’t belong in a museum

Also in July 2018 we launched this new website to bring together the core arguments and evidence against oil sponsorship, using numerous case studies to highlight oil companies’ involvement in corruption, pollution and links to human rights violations. Many organisations have contributed,  including DeSmog UK, Global Witness, Oil Change International, Medact, Platform and Art Not Oil.

In January 2018 we exposed the disturbing web of Crude Connections between BP, Putin, Russian oil, British Ministers, human rights abuses and the cultural institutions that the oil giant sponsors. It included a detailed timeline of government meetings, emails and sponsored events, illustrated with extracts of material released under the Freedom of Information Act.

In September 2017 we published this online resource aimed at helping cultural organisations define ethical sponsorship, develop and strengthen their ethical fundraising policies and processes, understand best practice and unpack some of the issues surrounding this crucial but controversial area. 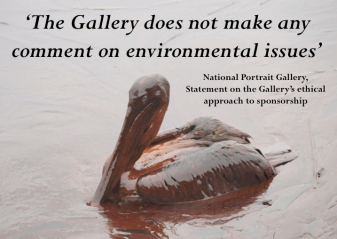 June 2017 we lodged a detailed complaint, alleging that BP’s human rights record breaches the Gallery’s own ethics rules. At the same time, we published a new report, ‘Bad Company’, which shone a spotlight on BP’s close ties to rights-violating regimes around the world including Azerbaijan, Egypt, Indonesia and Mexico.

In May 2017 we launched and continue to administer the Fossil Free £5 Ticket scheme which crowdfunds £5 tickets for 16-25-year-olds to see Royal Shakespeare Company plays as an alternative to the BP-sponsored official scheme. It is supported by many big names in the theatre world

Who really pays for BP’s sponsorship?

In May 2017 we collaborated 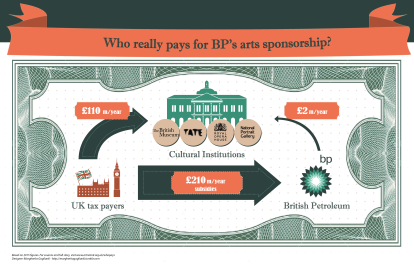 with Oil Change International to launch a new infographic, Who really pays for BP’s sponsorship?, It highlighted the scale of BP’s payments to the arts and taxpayers’ contributions to the institutions that BP sponsors, and showed that both are dwarfed by the £210 million of taxpayers’ money BP received in government subsidies in 2015.

Summary: our campaigns and research work

This research informs our campaigns work which has included:

Ahead of the announcement of the BP Portrait Award on Tuesday 20th June 2017, we issued a formal complaint to the National Portrait Gallery, alleging BP’s human rights record breaches the Gallery’s own ethics rules.

You can get the full details of the formal complaint and view our report, ‘Bad Company – BP, human rights and corporate crimes’ here.

You can also read coverage of the developments on Desmog, Artnet, Artlyst, Hyperallergic and the Guardian. 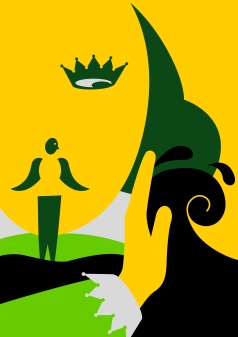 On the 31st May 2017, we launched ‘Fossil Free £5 Tickets‘, an ethical crowdfunded alternative to the Royal Shakespeare Company’s BP-sponsored £5 ticket scheme for 16-25 year olds. Backed by over 30 leading figures from the theatre sector, it demonstrates the strength of feeling against BP’s sponsorship of the RSC and highlights that alternative ways of funding discounted tickets exist.

In depth: Work on behalf of Art Not Oil

Prior to the formation of Culture Unstained, we undertook research and campaigns work on behalf of the Art Not Oil coalition which has significantly shaped the debate around oil sponsorship of the arts.

In April 2016, nearly 100 actors, artists, scientists and policy-makers signed a letter calling on the British Museum’s new director, Hartwig Fischer, to abandon the museum’s relationship with BP. The letter was published in The Guardian as part of a full-page article on the wider debate on oil sponsorship. The signatories included Oscar winning actor and director, Mark Rylance, former Chief Scientific Advisor the President of the European Commission, Professor Anne Glover, and bestselling author, Margaret Atwood.

BP’s Cultural Sponsorship: A Corrupting Influence was an extensive report published in May 2016 which drew upon hundreds of documents disclosed under the Freedom of Information Act. It outlined the numerous ways in which BP had sought to influence the museums and galleries it sponsors and use its sponsorship deals as a strategic tool for advancing its business interests, primarily the continued extraction of fossil fuels.

Did the British Museum break its own rules in renewing BP deal?  was published in September 2016 and laid out the flaws in the British Museum’s decision-making process which led to the approval of a new sponsorship deal with BP. Specifically, it highlighted the lack of involvement by the museum’s trustees in that decision and how this ran counter to the decision-making process described to staff by the museum’s outgoing director, Neil MacGregor.