Tonight, the winner of the 2018 BP Portrait Award will be announced, an annual prize that, in recent years, has become tarnished by its Big Oil branding.

Ahead of the announcement at the National Portrait Gallery, here are 7 things you might not know about why this oil-sponsored award is so controversial.

1. The award is named after BP – but the company is no philanthropist

With large BP logos branding gallery banners and posters on public transport, this is one oil company that is desperate for you to know about its “support for the arts”. But don’t be fooled – BP is no philanthropist.

Its payments to the National Portrait Gallery make up around 2% of the Gallery’s overall budget. And over the first 25 years of BP sponsoring the award (1990-2014), the total prize money given to the winning artists was on average just £35,620 per year. 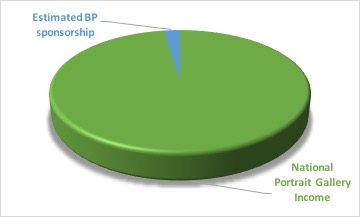 The National Portrait Gallery has its very own ‘Ethical Fundraising Policy’, a detailed document which spells out when it can turn down a sponsor on ethical grounds. It might look like a good thing, but so far the Gallery has been reluctant to actually enforce it.

The policy makes clear that the Gallery can say no to a potential sponsor when:

It’s no secret that BP has many ‘close associations’ with governments known for violating human rights, and there are also examples of BP itself falling short of international human rights standards. We pointed all this out to the Gallery last year in an in-depth 34-page formal complaint. 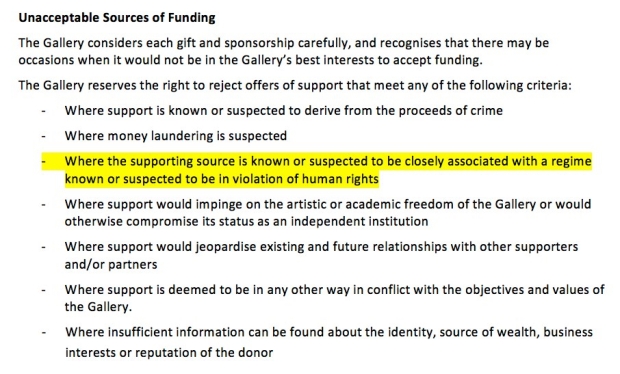 3. The Gallery doesn’t actually know if it can accept BP’s money

When it comes to fundraising, the National Portrait Gallery has to follow the rules of organisations like the Museums Association and the Fundraising Regulator. They expect the Gallery to have done the necessary research (also known as “due diligence”) to make sure any proposed sponsor shares its values.

Given BP’s record-breaking $20.8 billion fines for the Gulf of Mexico oil spill and its exacerbation of the worsening climate crisis, some proper due diligence is long overdue. 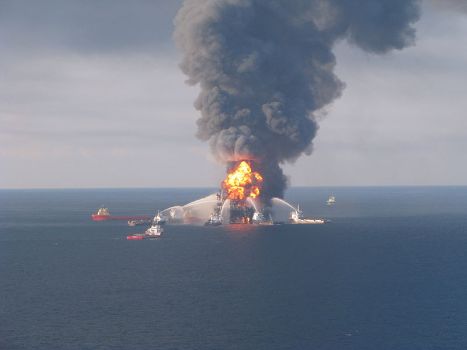 The aftermath of the explosion on BP’s Deepwater Horizon platform

4. The Gallery has a policy not to talk about the environment

Yes, you read that correctly. As part of its response to our information request, the Gallery sent us a document that lays out its ‘ethical approach to donations’. It specifically states that:

‘The Gallery does not make any comments on environmental issues.’

It’s a bizarre statement, particularly as the Gallery has a ‘Sustainability Statement’ where it claims to be:

‘Committed to reducing the environmental impact of operations, and promoting sustainable working practices.’

So what the Gallery actually means is it will comment on some environmental issues, just not the really big ones – like the oil industry’s pivotal role in fuelling the climate crisis or the devastating pollution following the Gulf of Mexico oil spill – that might upset its sponsor. 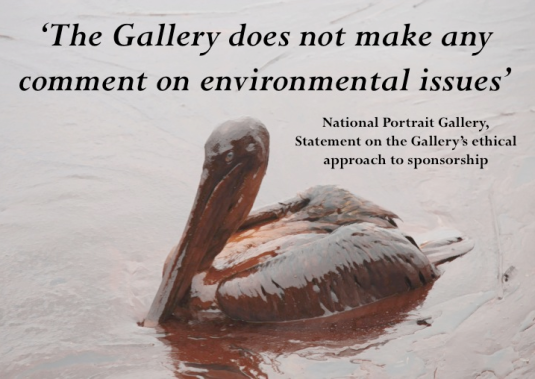 5. It’s not just about branding – BP helps judge the award

It’s generally understood that corporate sponsors aren’t meant to interfere in the actual work of a museum or gallery but it seems that BP didn’t get the memo. As part of its sponsorship deal with the National Portrait Gallery, BP’s Director of Arts and Culture Des Violaris sits on the award’s judging panel.

The late art critic, Brian Sewell, sat on the panel alongside Des and later commented that:

‘BP’s representative, Des Violaris, thought too much in terms of portraits that might make good advertisements…the NPG’s director begged us to let Miss Violaris have her way, arguing that as the sponsor supplies the cash, the sponsor must be allowed the whip hand.’

But the Gallery’s Ethical Fundraising Policy says it would turn down a sponsor when:

If this deal doesn’t impinge on the Gallery’s artistic freedom, we don’t know what does.

Last year’s winner of the ‘BP Young Artist Award’ was so ‘uncomfortable with the idea that the portrait award was being used to improve BP’s image’ that he donated £1,000 of his prize money to help Greenpeace protest against BP. He said at the time:

‘I hope this action will help keep the issue of BP’s role in climate change from being overshadowed by their contribution to the arts.’

And back in 2014, a letter signed by over 200 artists and culture professionals was printed in the Guardian ahead of the BP Portrait Award, stating that:

‘Art shouldn’t be used to legitimise the companies that are profiting from the destruction of a safe and habitable climate.’

One signatory, the artist Raoul Martinez who has been shortlisted for the BP Portrait Award three times has said:

‘When it comes to sponsorship, everyone believes a line must be drawn somewhere… In the case of BP, I believe there is a strong case for placing them on the wrong side of that line.’

And in 2016, acclaimed artist Conrad Atkinson joined over 200 artists, scientists and campaigners in signing a letter to The Times opposing BP’s renewed sponsorship deals with four cultural institutions – including the National Portrait Gallery.

7. It used to be sponsored by – you guessed it – a tobacco company

Before 1990, tobacco company John Player was the title sponsor of the Portrait Award. But now, in the Gallery’s own words:

‘The only specific “type” of corporate funder the Gallery will not currently work with is a tobacco company.’

Just like tobacco companies, the oil industry has invested in PR campaigns, sponsorship deals and science denial projects with the goal of keeping people hooked on their products and profits flowing, all the while knowing about the damaging impacts.

When the Gallery does finally cut its ties to BP – and surely it can’t hang on much longer in the face of such controversy – the history of the award will document an ethical shift away from two of the most toxic and cynical industries the world has ever seen.