For the first time in 23 years, BP has not had a representative on the judging panel of the National Portrait Gallery’s annual BP Portrait Award.

The prize’s sponsorship by the oil giant attracted significant controversy last year when artist and judge of the 2019 award, Gary Hume, powerfully spoke out against the partnership in a letter to the Gallery’s director sent on the eve of the prize ceremony. The following month, Hume was joined by 77 other leading artists, including Antony Gormley and Anish Kapoor, in signing a public letter urging the Gallery to “remove the BP representative from the judging panel.”

The Gallery has denied that this significant shift in its approach was a concession to the artists’ demands, instead telling The Guardian that the change was “jointly agreed” with BP. In response, Hume said:

“This is pleasing, though paltry. The NPG should have bitten the bullet and used the opportunity of the prize going digital and the gallery closing for three years to cut its ties with BP, following the lead of other cultural institutions. The board need to realize that they are now seriously out of step, and damaging the NPG’s reputation by maintaining a partnership with one of the world’s worst polluters in the midst of a climate crisis.

The Covid-19 pandemic has thrown the question of how we fund art into sharp relief. Rather than just continuing with the old broken models, this is a wake up call to think very seriously about how we behave and to stop taking funding from huge contributers to the climate crisis.”

BP succeeded tobacco manufacturer John Player as the title sponsor of the portrait award in 1990 as the tide turned on tobacco funding, and BP has had a representative on the panel since 1997. Former judges have included then CEO of BP John Browne, its Director of Policies and Technology Dr Chris Gibson-Smith, and for the last 17 years, BP’s Director of UK Arts & Culture Des Violaris. 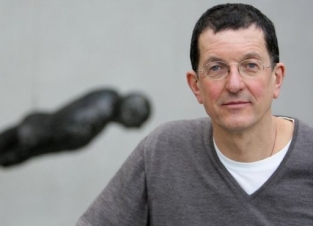 A spokesperson for Culture Unstained, said:

“Last year, 78 leading artists – including former winners and those shortlisted for the prize – powerfully raised this issue with the Gallery. Now, after 23 years, BP is no longer on the judging panel. That’s no coincidence. Right now, the government needs to urgently commit to properly funding the cultural sector so that arts organisations can weather the challenges of Covid-19. Our galleries and museums should not come under pressure to partner with companies fuelling the climate crisis just because the government is failing to step up and support the sector through a different crisis.”

This year’s announcement will take place online in response to the Covid-19 pandemic. However, in 2019 proceedings were delayed when activist theatre group BP or not BP? temporarily blocked entrances to the Gallery which forced VIP guests to climb over a wall in order to enter the building for the award ceremony.

BP or not BP blockade the National Portrait Gallery causing VIP guests to climb over a wall for the BP Portrait Award reception. Photo by Mark Kerrison.

National Galleries Scotland announced in November that it would no longer host the tour of the BP Portrait Award while it remains sponsored by BP. The trustees publicly stated that:

“We recognise that we have a responsibility to do all we can to address the climate emergency. For many people, the association of this competition with BP is seen as being at odds with that aim.”

In his initial letter to the Director of the National Portrait Gallery last June, Gary Hume highlighted how:

“The evidence that our planet is rapidly changing – sparking mass extinctions, rising sea-levels, extreme weather and collapsing ecosystems – is undeniable. And BP is actively exacerbating that crisis, with no plan to stop producing massive amounts of fossil fuels for decades to come.”

Today, BP is responding to the sharp fall in the oil price due to the Covid-19 pandemic. However, despite claiming that it is acting on concerns about its contribution to climate change, around 97% of BP’s investments still remain in oil and gas extraction. The company’s much trumpeted “net zero” target, announced in February, has also been widely criticised as being “fuzzy and vague” due to its lack of detail.

Prior to its closure in response to the Covid-19 pandemic, the National Portrait Gallery had announced plans to close for three years in June for a major refurbishment. There has been speculation that the controversial BP sponsorship deal might be quietly ended during this time as the Gallery, when asked, would only confirm that it was “currently considering options for our annual competitions”.

Tide turns on oil sponsorship of the arts

The Guardian on the RSC dropping BP

Last October, the Royal Shakespeare Company dropped BP as a sponsor mid-contract and, just days later, the National Theatre declared a climate emergency and announced the end of its partnership with oil giant Shell. In March, the Southbank Centre and British Film Institute confirmed that their corporate memberships with Shell would also not be renewed, meaning all three major institutions on London’s South Bank will soon be free of ties to fossil fuel funding.

Meanwhile, the British Museum has seen a major escalation in the campaign against its BP sponsorship deal with activist theatre group BP or not BP? organising a mass creative protest in February involving 1500 people, bringing a Trojan Horse into the museum’s courtyard and 50 arts activists staying overnight in the museum’s Great Court – all without permission. It’s believed that negotiations on whether to renew BP’s sponsorship of the museum in 2021 – as well as the company’s sponsorship of the Royal Opera House and National Portrait Gallery – will begin next year. The Science Museum has previously received criticism for its ties to BP and Shell, as well as Norwegian oil giant Equinor’s ongoing sponsorship of its ‘Wonderlab’ gallery for children.

This year marks 10 years since BP’s Deepwater Horizon disaster in the Gulf of Mexico, when an explosion on board the company’s rig killed 11 workers and caused almost 5 million barrels of crude oil to flow into the ocean, devastating species, communities and coastlines.

Judge Carl Barbier subsequently ruled that BP was guilty of “gross negligence” and “wilful misconduct” and the company was issued with record-breaking fines. Nick Serota, who was Director of Tate at the time of the spill and while the Gallery continued to be sponsored by BP, defended the oil firm by saying:

“You don’t abandon your friends because they have what we consider to be a temporary difficulty.”