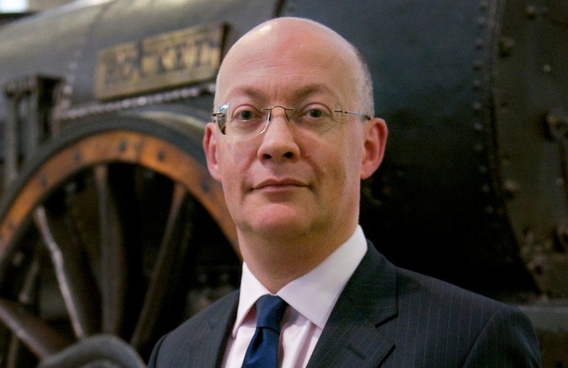 The following email from the Director of the Science Museum Group, Ian Blatchford, was posted on the staff intranet on the 29th April 2021, following a growing backlash by scientists, campaigners and the public to the decision to make Shell the major sponsor of the museum’s new climate exhibition, ‘Our Future Planet‘.

The new exhibition – and the Science Museum as a whole – opens to the public on Wednesday 19th May following an extended period of closure due to the Covid-19 pandemic. However, Ian Blatchford is not in post as the museum finally reopens, having been granted a 3-month research leave which began on the 15th May, supported by the trustees of the Science Museum Foundation. Staff were informed on the 30th April.

Following the announcement of our 2033 Net Zero target and good coverage of the sustainable masterplan activities and climate-related public programme across our sites, we have also received some increased attention from activists opposed to sponsorship by energy companies, including a group that is threatening a ‘campaign of civil disobedience’. The threat specifically mentions the Science Museum, but we are reviewing our security arrangements at all sites and have notified the police. While there is no reason to be alarmed, we would ask you all to be vigilant, including being extra mindful around cyber security.

Alongside the urgent work to decarbonise our own operations that we discussed at the recent colleague briefing, engaging the public on the science of climate change – this century’s defining challenge– is a vital part of our mission. Our audiences have plenty to look forward to, including: Our Future Planet at the Science Museum; our popular and provocative Climate Talks series; the RPS Science Photographer of the Year Award exhibition presented digitally until 2 May by the Science and Industry Museum; and a further photography exhibition in London this Autumn,  Amazônia – featuring Sebastião Salgado’s vision of the Amazon at a crucial tipping point in the fight against climate change – which will also tour to the Science and Industry Museum. Alongside these exhibitions and events, Learning teams across SMG are also working on an increase in shows and demonstrations to engage all ages with climate science and sustainability as well as delivering more online Climate Learning Resources.

Some campaigners suggest that our strong focus on climate in our public programming is at odds with our ongoing relationship with a small number of energy companies. Conversely, many scientists and policy makers support our approach, but they tend to make less noise in the media.

Some arts organisations no longer accept sponsorship from energy companies, but in their case the sole reason for the previous relationship was the need for financial support. We certainly need financial support but, as a scientific institution, our approach also reflects a considered view on how working with such companies contributes to public debate.

Campaigners who want us to sever our ties with Shell, BP and Equinor are ignoring the reality that these companies have the capital, geography, people and logistics to be major players in finding solutions to the urgent challenges of climate change. And we must continue to challenge them to show more leadership to deliver on this potential. As we do so, we should also remember the public good we’re achieving with sponsorship from Shell, Equinor and BP such as the Atmosphere Gallery and Wonderlab at the Science Museum or the Science Museum Group Academy in furthering public understanding of the challenges and some of the solutions to the greatest issue facing humanity today. Technological innovation and energy transition alone will not solve the climate change challenge but they are a key part of the mix, a view supported by many experts in the field, and including some who would describe themselves as climate activists.

With the publication of our Sustainability Policy last year, we not only raised the bar for our own work, we also committed to working with funders who are also on a journey to decarbonise, becoming the first cultural institution to use the respected Transition Pathway Initiative (TPI) to assess partners’ progress.  Using publicly disclosed data, TPI assesses the progress that companies are making on the transition to a low-carbon economy, supporting efforts to mitigate climate change. TPI is still growing so doesn’t cover all potential partners but using it has already led us to walk away from one potentially significant sponsorship this year.

TPI, as well as the Science Based Targets Initiative that underpins our Net Zero target, both provide an excellent framework for discussions with sponsors and suppliers as we continue to engage, debate and challenge our partners to do more to make the global economy less carbon intensive.

Centuries of burning fossil fuels has already created dangerous climate change with many irreversible impacts and we need to see a rapid global energy transition to a world powered by renewables in terms of our transport, homes, agriculture and industry and our global transformation to carbon free lifestyles including all we buy and the packaging it comes in.

Of course, a key part of keeping global temperatures to 1.5 degrees above pre-industrial levels is to globally stop burning fossil fuels. However – the hard reality is that the world is still heavily dependent on fossil fuels and the transition to renewable energy is an enormous global challenge. The transition needs to be urgent, at scale and will mean investing trillions, much of it by the private sector.  The three energy companies we work with have all made commitments to achieve carbon neutrality by 2050, in line with the Paris Agreement, and have set out plans for more investments in wind farms, solar power and hydrogen technologies, whilst also increasing efficiency and decarbonisation in other activities. Many in the environmental movement argue that the energy sector needs to invest more and faster, and we would agree.  SMG’s engagement with them now keeps how well they convert their promises into action under review. It is arguably better that we help to keep them publicly accountable on the museum ‘stage’ and through our programme, rather than allow the scrutiny about their performance to be relegated to the obscurity of shareholder meetings.

In addition to stopping the burning of fossil fuels, scientific consensus in the form of the United Nation’s Intergovernmental Panel on Climate Change 1.5 Special Report of 2018 tells us that meeting a 1.5 °C target is possible but would require “deep emissions reductions” and “rapid, far-reaching and unprecedented changes in all aspects of society”. Global net human-caused emissions of carbon dioxide would need to fall by about 45% from 2010 levels by 2030, reaching ‘net zero’ around 2050. Reaching net zero will also involve greenhouse gas removals, which includes the capturing of carbon dioxide out of the atmosphere on a global scale – the subject of Our Future Planet exhibition.

Finally, I wanted to touch on some of the criticism of the Science Museum for holding an exhibition on carbon capture at all, including George Monbiot (writing in the Guardian), suggesting this topic is part of a corporate greenwashing agenda.  He has not seen the exhibition and it typifies a kind of lazy reflex that shuts down public discourse on the way ahead. It is so easy to say we must stop using coal, oil and gas at once, and much harder to take responsibility for mapping out a practical way ahead.

It also insults the integrity and hard work of the curatorial team and external contributors behind Our Future Planet who have produced a scientifically robust and balanced exploration of a small but significant solution to tackling climate change – carbon capture. We chose independently to do this exhibition because the science outlined is so timely. Visitors will learn about both nature-based solutions, such as conserving ancient woodlands, natural carbon sinks and planting trees as well as the potential of direct air capture and carbon capture and storage technologies, IF they can be proved and put into practice at scale. Some of the new technologies are very expensive and others (such as basaltic rock) are not. The exhibition also makes it very clear that carbon capture can only be a small part of the solution alongside reductions in greenhouse gas emissions.

The serious journalists who have reviewed the exhibition have been impressed, including Robin McKie in the Observer, Adam Vaughan for New Scientist  and Fatima Manji for Channel 4. Bob Ward from the Grantham Research Institute on Climate Change, a member of the exhibition advisory panel, also made some important points in this supportive letter to the Guardian. ​​​​​​​

Thanks to the expertise of colleagues throughout the Group we will continue to ignite our audiences’ curiosity about the science of climate change, just as we will continue to rely on considered external funding to achieve our mission. Ultimately our visitors can – and do – make their own minds up about our approach.