Artists from the Nope to Arms collective removing their work from the Design Museum on 2nd August 2018. Photo Kristian Buus.

A year ago today (2nd August 2018) we removed our work en masse from the Design Museum’s ‘Hope to Nope’ exhibition in protest, after the museum hosted an event for arms manufacturer Leonardo.

At the time, the museum told us that:

‘we take the response to last week’s event seriously and we are reviewing our due diligence policy related to our commercial and fundraising activities. Our review will be thorough and it will need the approval of our Board of Trustees.’

A year has passed and the museum has apparently done nothing. It has not responded to our requests for an update for many months. There is no publicly available information about its due diligence policy on its website and nothing has been press released on the subject.

We do know, however, that the museum’s chair of trustees Peter Mandelson is unlikely to be pushing ahead with much enthusiasm as he does not believe that oil funding should be rejected on ethical grounds, has business interests in Russian defence firm Sistema and counts BP as one of his consultancy firm’s clients.

We are concerned that the museum’s silence means that it has quietly dropped the matter, hoping that we will do the same. But we will not. The museum’s chair of trustees may not take these issues seriously, but we do.

As we said at the time, we did not take the decision to remove our work lightly. But we feel that artists and designers need to take a stand against the use of our work to whitewash and promote arms, oil and tobacco companies, and to highlight the serious consequences for cultural institutions of ignoring ethics when choosing which companies to take money from. In this increasingly polarised world neutrality is a myth, and the politics of a piece of art cannot be separated from who paid for it to be made and displayed.

It is frustrating that the Design Museum appears to have decided not to communicate with us anymore, but we are determined to hold them accountable for their promise of a policy review. Anything less than a decision to rule out future funding from arms, oil and tobacco companies (as it committed to temporarily while undertaking the review) would suggest that the museum is not willing to learn from its mistakes, or has calculated that it can take the money and run while avoiding further scrutiny. We call on those working in the cultural sector to join us in demanding much better from our leading arts institutions. 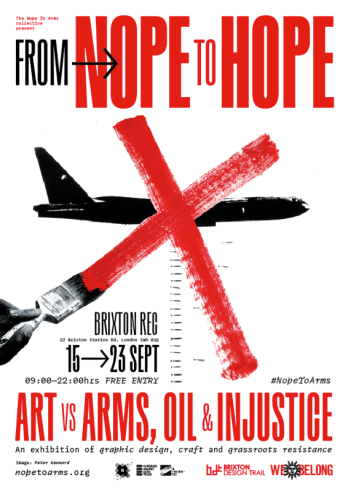 Since we removed our work a year ago, and six weeks later displayed it for free in Brixton Recreation Centre during London Design Week, the issue of ethical funding has become one of the biggest controversies in the arts world. In just the last few months:

Meanwhile, many cultural organisations are embracing the unprecedented urgency of climate change and the vital role museums have to play in leading and inspiring positive change. In recent weeks both the Museums Association and Tate have declared a climate emergency, pledging to work to minimise their ecological impacts and, in the case of Tate:

‘interrogate our systems, our values and our programmes, and look for ways to become more adaptive and responsible’. 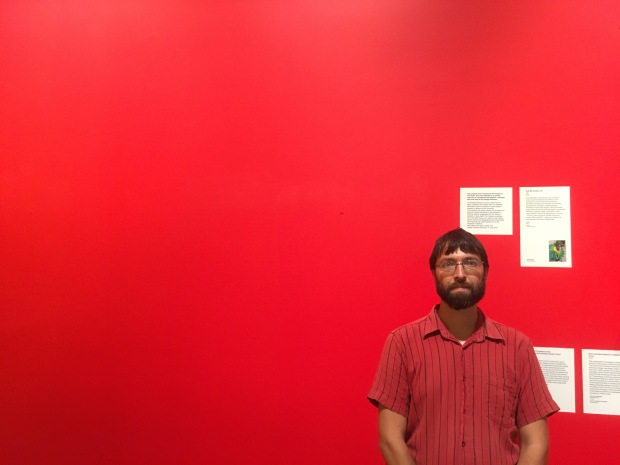 A third of the work in the From Hope to Nope exhibition was removed in protest, causing the museum to make the final weeks free.

Ignoring these seismic shifts in the sector, failing to have a clear ethical dimension to fundraising policies, and stacking boards with elite business leaders with minimal scruples, is leaving arts institutions vulnerable to serious reputational risks. By trying to dodge public scrutiny and hide behind a wall of silence, the Design Museum is becoming the poster child of how to fail at funding ethics.

To avoid this, the museum’s management need to answer the following questions:

We hope that by issuing this statement the Design Museum will finally provide a public update on the actions it has taken to ensure a more ethical approach to fundraising in the future.

The Nope to Arms Collective 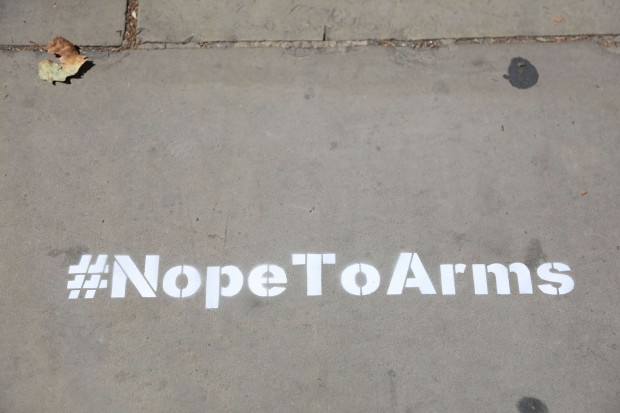